As part of its Threatened species strategic line, the Fundación General CSIC has produced a popular-science video on the situation of the threatened species native to the Iberian peninsula. 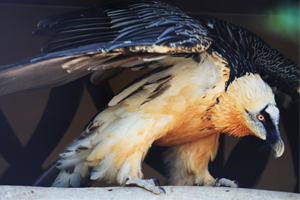 Image of a Lammergeier or Bearded Vulture

Of all the countries of Western Europe, Spain has the greatest ecological wealth. However, the country features near the top of the International Union for Conservation of Nature’s Red List of Threatened Species.

Spain is home to no less than 16 endangered animal species, and over 600 species are vulnerable or protected. A further 1,221 plant species are threatened, of which 278 are endangered, 610 are classed as vulnerable, and 308 are critically endangered.