The second issue of the journal Lychnos focuses on R&D in the field of ageing. To give a broad overview of the subject, it is subdivided into three sections: biomedicine, psychosocial studies and new technologies.

The biomedical section starts with an article on ageing in the genomic age by Carlos López-Otín, at the University of Oviedo. This is followed by an analysis of the importance of the diagnosis and treatment of presbycusis from the public health standpoint, by Isabel Varela-Nieto (Instituto de Investigaciones Biomédicas “Alberto Sols”, CSIC-UAM) and Teresa Rivera (Otorhinolaryngology Department. Hospital Universitario “Príncipe de Asturias”), Next, Jesús Avila (Centro de Biología Molecular “Severo Ochoa”, CSIC) reports on the importance of prevention of neurodegenerative diseases and the quest for drugs to combat them. The section on biomedicine is rounded off with an interview with Maria A. Blasco (Centro Nacional de Investigaciones Oncológicas), who describes the work she and her group have done in telomerase research. 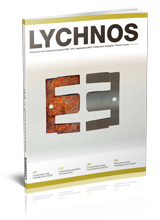 The section on psychosocial studies starts with an article by Herminia Peraita (UNED), who highlights the importance of cognitive decline in the psychology of ageing.  In their article, researchers Julio Pérez and Antonio Abellán (Centro de Ciencias Humanas y Sociales, CSIC) assess the human, social, economic and political consequences of societies where longevity is the norm. In her interview, María José Castro, Director-General for Senior Citizens at the Junta de Andalucía, urges old people to take part in active-ageing programmes.

The section on the development of new technologies is kicked off by an article by Susana Marcos, Director of the CSIC’s Instituto de Óptica “Daza Valdés”, who describes the keys to improving the quality of sight for the elderly. José Miguel Azkoitia, representing Corporación Tecnológica Tecnalia, looks at ageing as the driver of wealth for the country’s economy. And, in an interview, Cristina Rodríguez-Porrero, Director of CEAPAT, recognises the support new technologies give the elderly.

Finally, in the Forum section, Purificación Causapié, Director-General of IMSERSO, describes the active-ageing policies the government has implemented.