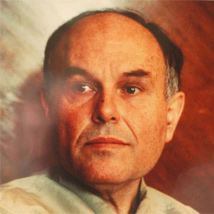 The board of trustees of the Universidad Internacional Menéndez Pelayo (UIMP) has today appointed César Nombela Cano, delegate trustee of the Fundación General CSIC and professor of microbiology, as the university’s new vice-chancellor.

Following his appointment this afternoon, Nombela Cano will be the university’s twelfth vice-chancellor, and the first biologist to hold the post.

The UIMP‘s new vice-chancellor will replace Salvador Ordóñez, who announced in a communiqué last week that he would be submitting his resignation to the board of trustees.

Cesar Nombela Cano, born in Carriches (Toledo) in 1946, has a degree in Pharmacy and Chemical Sciences from the Universidad Complutense and trained under Nobel-laureate Severo Ochoa at the University of New York.

After centring his career on teaching, research and management, he set up and ran the Centro de Secuenciación Automatizada de ADN (Automated DNA sequencing centre) at the Universidad Complutense, and subsequently, in June 1996, he was appointed as president of the Spanish National Research Council (CSIC).

Nombela Cano headed the CSIC, Spain’s largest public research organisation, for four years, and subsequently ran a genomics research unit, took part in the United Nations’ negotiations to draw up a convention on human cloning, and in April 2002 was appointed to the chair of the Science and Technology Ethics Committee.

He has been a member of numerous scientific societies and commissions, both national and international, president of the European Federation of Microbiology Societies, and the National Council for Pharmaceutical Specialities, and is in charge of the Carmen and Severo Ochoa Foundation.

Cesar Nombela has published over a hundred scientific papers. He is the author of "Clonación de genes en levadura: aspectos genéticos de las levaduras" (Cloning yeast genes: genetic aspects of yeasts), and the prizes he has been awarded included the Science price from the Fundación de la Confederación Española de Organizaciones Empresariales (CEOE), the Grand Cross of the Order of Civil Merit, for his contribution to scientific activity on the international level, and recently the Grand Cross of the Civil Order of Alfonso X the Wise.