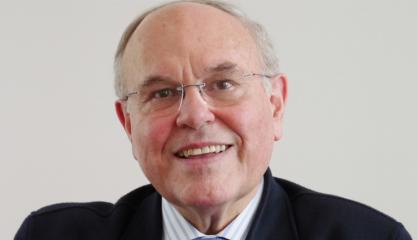 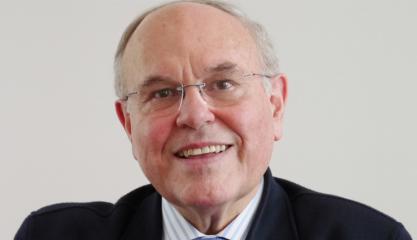 César Nombela, Professor of Microbiology at the Madrid Complutense University and a FGCSIC trustee, has been appointed as the Foundation’s delegate trustee responsible for designing a new knowledge transfer strategy and enhancing sponsorship opportunities.

After obtaining his PhD from the University of Salamanca (1972), Cesar Nombela began his career in the United States (1972-75), where he worked with Severo Ochoa. He later joined the CSIC as a Senior Scientist (1975) and obtained a professorship in Microbiology (1981) at the Complutense University, where he set up a research group focusing on Molecular Microbiology and Biotechnology. Since 2001, after founding the DNA Sequencing Centre, he has directed Spanish academia’s first Special Chair in Genomics and Proteomics. He is the author of 180 research papers, has supervised 25 doctoral theses, and has been awarded the CEOE Prize for Science (1995).

He returned to the Spanish National Research Council (CSIC) in 1996, and was president until 2000, thus further strengthening his links with the flagship institution in the Spanish research system. Other offices Professor Nombela has held include that of President of the Spanish Society of Microbiology (1982-1990), President of the Federation of European Microbiological Societies (1995-98) and Chairman of the National Board of Pharmaceutical Specialisations (1988-1996). Similarly, from 1996 until 2000 he was a member of the National Council of Universities and the Interministerial Commission on Science and Technology. At the EU level he has been a member of the Advisory Committee for Pharmaceutical Training (1992-96), the Scientific Committee on Food (1995-98), and the European Science and Technology Assembly (1997-98).

He has also sat on the UNESCO International Bioethics Committee (1998-2004), chaired the Advisory Committee on Ethics in Science and Technology Research (2002-2005), and is a member of the Spanish Bioethics Committee (2007 -). César Nombela is president of the Fundación Carmen y Severo Ochoa, an office to which he was appointed in the Nobel-prize-winner’s will. He is a member of the Academia Europaea, the European Academy of Microbiology, and of the Royal Academy of Pharmacy (since 2007). He has also been awarded the Grand Cross of the Order of Civil Merit.

The FGCSIC is a private non-profit organisation that was established in 2008 on the initiative of the Spanish National Research Council (CSIC) with the primary goal of promoting private sector participation in R&D funding. The Fundación General CSIC’s Board of Trustees comprises the CSIC, Banco Santander, Obra Social "la Caixa", Fundación Ramón Areces, Fundación BBVA, Kutxa and Cajasol. Its president, Emilio Lora-Tamayo, is also the president of the CSIC.